What the big changes to drug rules really mean 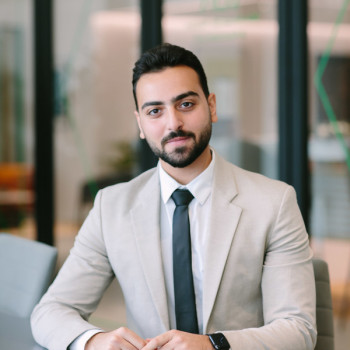 Last year the UAE announced some pretty landmark reforms to long-standing laws. These include the right for unmarried couples to conceive a child outside of wedlock, as long as the child is “acknowledged and will be cared for”. There were changes to cyberfraud laws, labour laws and an easing of bounced cheques laws.

But perhaps some of the most remarkable updates were those ushered in by Federal Decree Law no. 30 of 2021. This specifically relates to legislation surrounding the use of “narcotics and psychotropic substances”.

Remarkable both in the changes to the guiding aspirations of the policy — a focus on rehabilitation rather than punishment (for first time offenders at least), and in the degree of penalties awarded.

Article 96 states that visitors and tourists who enter the country for the first time with food or products which contain certain products listed in the Schedules attached to the decree law such as THC, found in cannabis, may not face legal action, although such products will be immediately seized.

Now that is obviously a long way away from permitting the use of these substances in the country, but it does represent a significant change in posture towards visitors to the country being ignorant of the law. What this particular article does not cover, is the use of cannabis or products containing active compounds found within cannabis (THC or CBD oils for example) inside the UAE — possession of these substances will still be treated as a criminal offence.

However, another provision of Federal Decree Law no.30 makes big changes to the way first time offenders of drug use/possession crimes will be dealt with…

What are the changes to the penalties for first time drug offences in the UAE?

In relation to first time offences, the previous minimum sentence of two years has been changed to three months for first time drug offenders, and a fine between AED 20,000 and AED 100,000. And there’s a very good reason for this progressive change in stance: The background principle has shifted towards the treatment of drug-use as an illness rather than a criminal act, with the new law giving the court the discretion to send offenders to specialised rehabilitation facilities.

In fact the law actually calls for the setting up of these rehabilitation centres, to support education, sobriety and prepare addicts for reintroduction to society.

The rehabilitation approach is restricted to first time drug offenders and upon submission of a medical assessment by the supervisory medical committee within six months of conviction.

No, expatriates who are caught using drugs are usually deported to their home countries after they are jailed, but Article 75 of the new law gives judges the discretion to make such decisions.

What about repeat offenders?

For repeated offences within a period of 3 years, the prison sentence is increased to a minimum of 6 months and a fine between AED 30,000 and AED 100,000. While the Court has the right to decide whether the first or second offence should result in imprisonment or fines, a third offence results in a minimum sentence of 2 years and a minimum of AED 200,000 in fines.

What about those convicted of selling or trafficking drugs?

The UAE has taken a stricter stance on drug promotion and trafficking. The Abu Dhabi Federal Courts now have exclusive jurisdiction over drug promotion cases, as well as drug trafficking cases, regardless of where the crime occurs.

Under the updated laws, the fine against offenders for inducing drug use and facilitating narcotics and psychotropics sales was increased from the minimum of AED 20,000 to AED 50,000, with the prison sentence of a minimum of 5 years still in place.

It gets more severe for these individuals if their actions are deemed to have inflicted suffering on others. A penalty of a 7-year prison sentence and a minimum fine of AED 100,000 is imposed in the event that the offenders’ actions cause harm to the victim.

What about the use of prescription narcotics?

Regarding medical cases, prescribing of narcotics or psychotropic substances can only be done on the basis of medical necessity, in accordance with the decree, and based on a physician’s specialization.

The law also calls for the mandatory submission of a request by the physician to the medical authority if the patient’s condition demands an increase in dosage percentage.

What’s the guiding ideology behind these changes?

The law updates here equate to a seismic shift in the way drug addiction and use is viewed by the authorities. The focus has shifted towards rehabilitation and seeking to understand why some people may be ignorant of the law, or make poor choices with regard to it. This is not to be confused with a softening of attitude towards drug use — it is still a criminal offence and the penalties for those that continue to break the law escalate quickly. Furthermore, individuals connected with narcotic and psychotropic substance trafficking now face stricter penalties than before.

The changes are significant as they promote health, security, and fairness, as they also allow individuals a second chance, while also remaining in line with the UAE’s zero tolerance policy against use and promotion of drugs.”

The end goal is still a drug-free society with the law protecting the health and wellbeing of its population — it’s representative of a more comprehensive approach to combating the consumption of drugs and the promotion of drug use.

This article was originally published on Whatson.ae

Oman Firm of the Year: The Oath Legal Awards

We are extremely proud to announce that BSA Al Rashdi...

Latest amendments in relation to bounced cheques in the UAE

Precautions to consider prior to investing in a UAE business

There are a number of precautions that ought to be...

The following article was originally published for BSA by Arabian...

BSA corporate associate Bradley Moran has recently been approved as...

As of immediate effect all DIFC Wills can be registered...

As a result of the developing COVID-19 situation, the DIFC...

A Long-Term Residency Scheme In The UAE The UAE recently...

﻿BackgroundIn a significant recent award, a Tribunal appointed by the LCIA held that the doctrine of estoppel by convention forms...

As per our Article published regarding Corporate Tax in the UAE and our Interview on Corporate tax which is available...

Federal Law No. 2 of 2015 on Commercial Companies (“CCL 2015”) introduced numerous provisions regarding record keeping and reporting and,...

Introduction In a recent arbitration case, which concerned a real estate project; a real estate developer company incorporated in the...

The legal lowdown on rental increases and maintenance feesRent in Dubai is on the rise, however as a tenant in...

UAE-based Amanat Holdings, a healthcare and education investment company, has recently received approval to raise the cap on foreign ownership...

The following article was originally written for and published in Middle East Insurance Review.&nbsp;IntroductionInsurance distribution in the Middle East has...

The impact of the new UAE Laws on the creative sector

At the end of November 2021 the UAE adopted the largest legislative changes in its history, with more than 40...